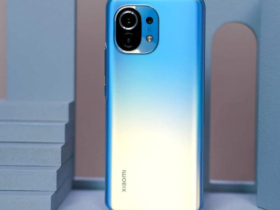 Apple released new versions of software for all its devices last night. iOS 14.4, iPad OS 14.4 are the most important and should be installed immediately on all compatible devices. Apple says it has fixed major security issues in new versions of its mobile operating systems, eliminating some serious vulnerabilities that are actively used by hackers.

These are two vulnerabilities found in applications and the WebKit browser engine. In the case of applications, it seems that it is possible for older versions of iOS for a malicious application to increase its privileges, ie to be able to modify other parts of the operating system than it generally has access to the regular sandbox. In case of WebKit vulnerability, it seems that using this breach, a malicious site can execute code on the target device. Thus, it could access the data stored on the device or it could run other activities in the background without the user knowing.

Of course, security updates aren’t the only ones Apple brings to iOS 14.4. We are also dealing with a number of improvements to the user experience, especially for Bluetooth and reading smaller QR codes, plus resolving issues with HDR photos, displaying the keyboard in the Messages app, and resolving an issue with the widget for Fitness.

However, this update also adds an error message for the iPhone 12 models. As it did before with the batteries and the screen, Apple introduced a software limitation for changing the camera on these phones. Thus, if you change the camera to an unauthorized service, an error message will now appear. Apple only allows the installation of original components and only in authorized services.

Here is the full list of improvements from iOS 14.4 and iPadOS 14.4

iOS 14.4
iOS 14.4 includes the following improvements for the iPhone:

The Fitness widget may not display updated Activity data
Typing may be delayed and word suggestions may not be displayed on the keyboard
The keyboard may not be displayed in the correct language in Messages
Enabling “Switch Control” in Accessibility may prevent phone calls from being picked up from the lock screen
iPadOS 14.4
iPadOS 14.4 includes the following iPad enhancements:

Option to classify Bluetooth device type in Settings to correctly identify headphones for audio notifications
In addition, this update fixes the following issues:

Here is the complete list of iPhones that receive the update to iOS 14.4