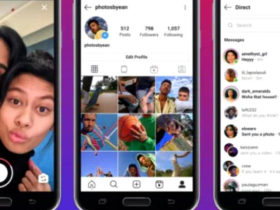 The news that Google will release Chrome updates faster has warned the competition, Microsoft announcing a similar strategy for the Edge browser.

Essential for sustaining a fast-paced evolution, the cadence of software updates must be carefully weighed. Adopting a refresh cycle too fast could allow security bugs and deficiencies to spread to the official version of the application. Instead, a too conservative update calendar can deprive users of newly developed functionality and open up other security vulnerabilities, leaving hackers more time to discover and exploit any bugs. Ideally, you should strike a balance between the two, keeping a pace that does not put too much pressure on the developers of the application.

Although Google is setting the tone, Microsoft is moving to the same rate of distribution of official updates now used by rival Chrome.

Chrome is close to the first three-digit numbered version, a performance that would probably have been unimaginable after the old software development patterns. Google adopted a faster launch cycle a few years ago, but that wasn’t enough to keep up with Web technologies, functionality, bugs, and security requirements.

Switching to a higher gear, Google has announced a move to a four-week launch cycle for Chrome and Microsoft is following suit.

On the one hand, it’s not so surprising, Microsoft Edge using the Chromium core anyway. But the Microsoft browser is not as mature as the rival Chrome, the Windows developer also having the option to solve its problems according to a calendar adapted to its specificity. Unfortunately, the process with insufficiently tested Windows 10 updates is not very encouraging. We can only hope that similar problems will not occur with the Edge browser.