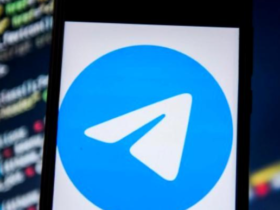 Apple has been sued to remove Telegram from the App Store

Motorola is teaming up with Guru.inc, a startup that specializes in wireless charging solutions, to deliver a remote charging option on company phones.

Xiaomi is not the only company to promote over-the-air wireless charging technologies, capable of charging the battery of mobile phones from considerable distances. In the absence of its own solution, Motorola is teaming up with developer GuRu to implement its own solution for wireless power supply, using high-frequency radio waves aimed at the target device.

The remote charging technology selected by Motorola is capable of transmitting powers of up to 5 watts, over distances of up to 1 meter, for a single device. For comparison, Xiaomi promises to charge several devices at the same time (each device receiving 5W), and the range of 1 meter is specified rather as the lower limit.

In any case, the new wireless charging system will be quite expensive, compared to the Qi wireless solutions already commonly used.

Rather, beyond technological limitations and on cost criteria, the issue of compatibility with other devices will be more problematic. Thus, it is useless to buy a Motorola phone bundled with a dedicated wireless remote charger, if it does not work with other manufacturers’ phones, and once the current smartphone is obsolete, the accessory baggage becomes just as irrelevant.