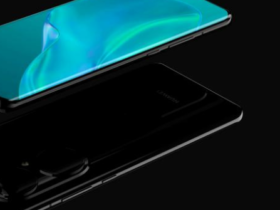 Is the Huawei P50 Pro an ugly phone? The first presentation images are not very encouraging

OnePlus 9 Pro promises to solve the problem of waiting time for charging, delivering the 4500mAh battery up to 65W in USB-C mode.

Although, the absolute charging time is headline on the list of specifications, this is not the most attractive innovation for OnePlus 9 Pro. The phone can also be charged wirelessly, taking 43 minutes to bring the battery to 100% capacity, using a power of 50W. Of course, to achieve this performance you will need a specialized adapter for wireless charging, which Oppo will announce at the right time.

It already appears in a presentation image, distributed by the Chinese manufacturer long before the official announcement of the phone in question.

The idea is that OnePlus 9 Pro will charge wirelessly faster than most USB-C powered phones. The performance achieved is not as easy as it seems, wireless charging systems usually come with their own inefficiencies, which only increase as the power delivered. If the wireless adapter is forced a little too much, it can turn into a real electric charger for the charged phone, the heat released further amplifying the heating of the device powered in Quick Charge mode.

When a recognized wireless charging adapter is not used, the supplied power will be limited to 15W.

According to the preliminary list of specifications, OnePlus 9 Pro is a phone based on the Snapdragon 888 chipset, helped with 8GB of RAM. The list of features continues with 128GB of internal storage in the basic equipment, 6.7-inch Fluid AMOLED screen and 120Hz refresh rate. OnePlus ships with Oxygen OS, adapted to the official version of Android 11.