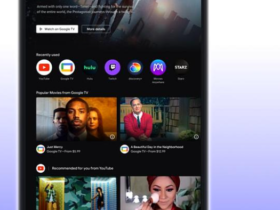 While Xiaomi’s proven system uses conversion circuits and radio waves from the mmWave spectrum, the system designed by Oppo engineers is based on “magnetic resonance” to transmit energy at slightly shorter distances.

Demonstrated in a video clip of about 30 seconds, the power device takes the form of a mat on which the phone is placed for charging. The main difference from conventional wireless systems is that the charging starts at a distance of a few centimeters from the “mat”, and the perimeter of the charging area is much wider. According to Oppo, it’s enough to hold the phone in your hand above the charging area and the battery will charge wirelessly even while you’re playing.

The company does not provide technical details, but rumors describe a charging power of up to 7.5W. The loading speed “in the air” is probably even lower, the system created by Oppo engineers being designed for convenience rather than speed.

The system called Wireless Air Charging will probably be supported on other Oppo phones than the model used in the demonstration. Unfortunately, the use of proprietary technologies makes it unlikely that this system will be supported on the devices of other smartphone manufacturers.