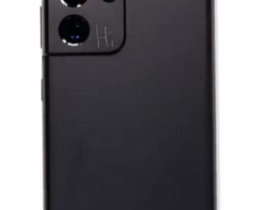 How durable is, in fact, the Galaxy S21 Ultra

Parler, the social network that was removed from the Apple App Store and Google Play Store in January, is now available again on the iPhone. The reason why Apple, Google and even Amazon, the company to which the network kept its data, blocked access to it was closely linked to the lack of content moderation, especially following the protests at the American Capitol. However, it seems that the network has undergone a series of changes, which now allow it to return to such platforms.

Apple now allows Parler to be downloaded from the App Store

The services offered by Parler are not very different from those provided by Twitter. The functionality is similar, and the design familiar to those who used Twitter. The only major difference, however, is that there are fewer rules for moderating content, which is why many Trump supporters or people with right-wing political views in general have turned to Parler after being blocked on Twitter from various reasons. Twitter is thus considered a platform that generally tends to the left.

Apple has approved Parler’s return to its platform after the network implemented a new AI-based moderation system that hides hate messages. The only way you can see these messages on your iPhone is to access the network through your browser and press an extra button. Also, on Android, the application can be installed directly from the network site.

Between the time the network was removed from mobile platforms and Amazon servers and now, the Parler network has changed leadership and chosen a server provider that allows such online content. The company’s representatives say that Parler allows freedom of expression to the “legal maximum” and hopes to convince Apple to allow the display of hidden messages in the future.

Trump supporters, many of whom were already on Parler, hoped that after the former US president’s account was blocked, he would move to this platform. But Trump preferred to create his own blog that displays messages in the same visual style that Twitter and Parler use, but only he can post.