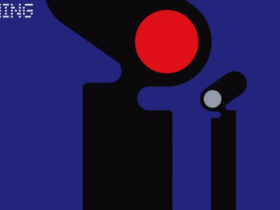 Following the announcement from MediaTek, which recently revealed that it has developed a 5G modem comparable in performance to the most powerful from Qualcomm, the American manufacturer was forced to respond. Thus, two new 5G modems from the Snapdragon range appeared: X62 and X65, with performances that can reach transfer speeds of up to 10 Gbps. Of course, they are not just for smartphones, they can be integrated into many other types of devices, including computers or cars.

The discussion around 5G technology has been in the public domain for many years and will last a long time until high-speed 5G connections are adopted by operators around the world. However, component manufacturers do not wait until the infrastructure reaches final customers. We already have 5G phones that have reached the third generation, and the high transfer speeds are only now starting to appear.

Basically, the new Snapdragon X65 and X62 modems are part of the second generation of dedicated hardware for this type of connectivity, adopting some new standards such as 3GPP Release 16. This means that devices equipped with these modems will be able to use a wide range of 5G frequencies, recently added to the standard, but will be able to use other frequencies, which have not yet been added, but can be added along the way.

Of course, as the name suggests, the X65 is for high-end devices, capable of the highest transfer speeds, while the X62 will be used for mid-range devices.

Snapdragon X65 is the one that can reach 10 Gbps download transfer speeds, being able to do this by aggregating up to 10 mmWave channels on 100 MHz and one of 300 Mhz through four Sub-6 GHz channels. This modem is also compatible with C-band frequencies and even Wi-Fi 6E spectrum frequencies, which have not yet been auctioned. Snapdragon X62 will instead reach speeds of up to 4.4 Gbps, even less than the current X60 modem, which exceeds 7 Gbps, but will not be compatible with the new frequencies. Qualcomm has specified that it is targeting the home internet market and hotspots for the X62 modem, but it could also reach the next generation Snapdragon 700 chipsets.

Of course, these two modems are announced for future generations of devices. Most likely, the first compatible devices will be launched only in 2022, with the launch of the new generation of Qualcomm chipsets, which will probably integrate them directly. Other companies, such as Apple, will be able to buy the modems separately. Even Qualcomm even sells the necessary antennas for partners who do not want to use proprietary solutions or some from other manufacturers.