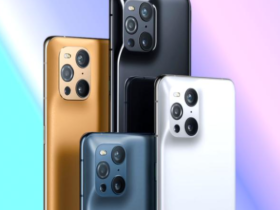 The OPPO Find X3 Pro will have a 25X zoom microscope

Qualcomm could compensate smartphone users in the UK by about £ 480 million if the US processor maker loses the new lawsuit filed by “Which?”, A consumer association. The association accuses Qualcomm of violating competition laws, which has led to higher prices for Apple and Samsung products by forcing companies to pay expensive licenses.

According to Which ?, Qualcomm used its dominant position in the market to sell licenses for its patents, but also processors to Apple and Samsung at higher than normal prices. Thus, those companies had to increase the prices of their products, thus “passing” the costs to customers. The lawsuit requires compensation of between £ 17 and £ 30 for each customer affected by the practice from 2015 to the present, the amount varying depending on which smartphone model each bought and how many devices they bought during that period.

Of course, Qualcomm representatives say that in this case the company did nothing wrong, citing a decision from the United States for a similar case:

“As the plaintiffs are probably aware, these allegations were already contradicted last summer by a unanimous panel of judges at the Ninth Circuit Court of Appeals in the United States.”

The company even had to pay fines for other unfair practices, such as the one of 2018 of 997 million euros from the European Commission because it paid Apple to have exclusivity for modems, or in 2019 when it paid 242 million for selling 3G modems below market price.