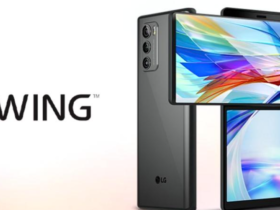 Samsung has only recently officially embarked on four years of system upgrades for its top models and even some of the cheaper ranges, but the company has often offered official support for its premium phones for long periods of time. For example, the Galaxy S8, a smartphone launched four years ago, has just left the list of phones with software support, and two other models in the range still remain active for a while.

Samsung says it will offer at least three system updates and four years of security updates for its current devices, but that promise comes more as an official addition to what the company was already doing. The Galaxy S8 received two system updates over the years, first on Android 8 Oreo and then on Android 9 Pie, and then continued to receive quarterly security updates.

This update period has just ended, but S8 users are probably satisfied with the support they have received, with many manufacturers stopping updates after two or three years, depending on the range of the phone.

In the case of the Galaxy S21, for example, the support period will end only in 2025, after the phone will receive system updates to Android 12, 13 and 14, as well as another extra year of security updates. Thus, the manufacturers of Android devices are starting to approach what Apple promises, which still has on the list of phones with official software support on iOS 14 models launched in 2016.