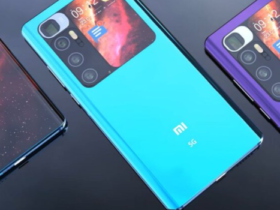 After causing huge losses to the car industry by slowing down car production, the lack of essential electronic components risks reducing the production of consumer electronics, with unpredictable effects on in-store stocks and displayed prices.

At the 52nd annual shareholders’ conference, Samsung co-chair DJ DJ Koh spoke about the semiconductor crisis and how it could affect the company’s business in Q2-Q3 in 2021. The Samsung official said that the shortage of essential components will continue to increase in the coming months, affecting several branches of the South Korean giant.

Since the onset of the COVID-19 pandemic, there has been unprecedented demand for electronic devices: smartphones, tablets, laptops, computers, game consoles and even cloud servers. Chip manufacturers such as AMD, Intel, Nvidia and Qualcomm have put pressure on fulfilling orders with semiconductor manufacturers such as Samsung and TSMC, but deliveries have not risen to expectations.

DJ Koh, who oversees the company’s IT and mobile divisions, said: “There is a serious imbalance between the demand and supply of chips in the global IT sector. Despite the difficult environment, our business leaders meet with partners abroad to solve these problems. It is difficult to say that the problem of scarcity has been solved 100%. “Apart from Samsung, the Foxconn iPhone assembler has also expressed growing concern about the global lack of semiconductor chips.

According to Samsung, the continuous lack of chips could delay the launch of new smartphone models, the next Galaxy Note model being only one of the “victims”.