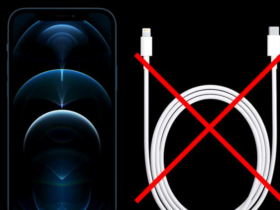 In a decision that could frustrate some Android users, Google could eliminate the use of the phrase “hey Google” to activate certain Google Assistant commands.

Since the inception of voice command support, Google has requested that the phrase “hey Google” or “ok Google” be used to trigger a voice command. Even so, the solution chosen to avoid unintentional activations is not infallible, a conversation long enough in the vicinity of a device configured to “listen” to Google Assistant commands with a reasonable chance of triggering an unintentional command. Therefore, we could ask with what arguments Google decides to allow certain commands to be taken directly, without using a trigger word.

Well, these are common commands without a major impact, such as setting an alarm, stopwatch, answering a call, or calling a phonebook contact. Google calls the new feature voice shortcuts, faster to use in the absence of “hey Google”. For example, you will be able to say “snooze alarm” to temporarily turn off the alarm set on your phone, remaining to turn it off completely after you really wake up.

For clarification, removing the trigger for certain commands does not mean that Google listens and records everything you say at once. It’s just that in addition to the expression “hey Google”, there are also a few other frequently used commands, in the idea that they can be processed immediately, after the initial detection.

However, there are some indications for a more extensive collection of information, such as the appearance of a new set of privacy clauses, to be displayed after applying the update that activates the new Google Assistant functionality.