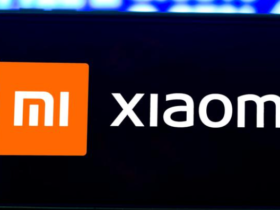 Xiaomi, officially removed to the US from the list of companies associated with the Chinese Army

Telegram is the direct beneficiary of the wave of dissatisfied people who leave the WhatsApp network, disturbed by the new conditions imposed by Facebook regarding the collection of user data.

The news of exceeding the threshold of 500 million active users was given by the CEO Pavel Durov, in a blog post. In the last 72 hours alone, the messaging platform has attracted 25 million new users.

The reported increase is mainly due to the clumsiness with which Facebook announced the change of WhatsApp’s privacy policy, the news appearing as an ultimatum given to users. Alarmed by the exodus of users to rival platforms and the strong negative reactions that appeared on media channels, Facebook administrators came up with some clarifications, trying without too much success to repair the image blow given to the WhatsApp platform.

In the meantime, some users have already moved to the Telegram and Signal networks. According to the Telegram administrator, new users come from all over the world: 38% from Asia, 27% from Europe, 21% from Latin America and 8% from the Middle East + North Africa.

If the current growth rate is maintained, Telegram could reach the threshold of 1 billion users in the near future.

“People no longer want to give up their privacy in exchange for free services. They no longer want to be held hostage by technological monopolies that believe they can do anything, as long as their applications reach a critical mass of users. With half a billion active users and accelerated growth, Telegram has become the largest haven for those looking for a communication platform dedicated to privacy and security. We take this responsibility very seriously “, declares the founder of Telegram.