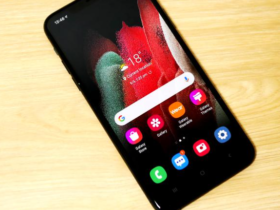 Telegram will implement a service offered for years when changing the web browser: moving the usage history to the new application.

Thanks to the clumsiness of Facebook in the administration of WhatsApp, Telegram and other messaging platforms announce dramatic increases in the number of users, so large that smaller networks such as Signal have problems accommodating too much influx of newcomers, causing late retrieval of messages .

Anyone who has used WhatsApp so far already knows about the message archive, a collection that includes all the photos / videos received or sent over time. For many, losing them along with their conversation history is a big enough problem to be weighed against the eventual decision to migrate to another messaging platform.

Starting with version 7.4.0 of the Telegram application for iOS, the update log mentions the presence of a “Migration Tool”, responsible for moving the chat history from other messaging applications, explicitly referring to WhatsApp and KakaoTalk networks. Strangely, a new update posted a few minutes away removes any mention of that feature, as well as another feature that would allow users to delete messages and group chat sessions (including secret chat), both to the recipient and the recipient of the messages.

Most likely, those Telegram functions are still being tested, with platform administrators choosing to keep the official announcement for a later date.