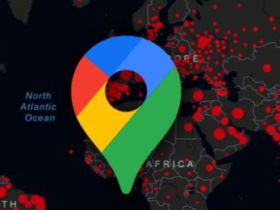 Google Maps will show even more information about COVID-19

Apple bet on several new technologies in 2016 when it completely changed the design and construction of its MacBook Pro computers. However, it seems that many of these bets were not successful, as customers were dissatisfied with the long-term changes. The company has already given up the Butterfly keys that have proven to be fragile in the long run in exchange for the classic “scissors” -shaped buttons and, according to new rumors, will give up other elements that it implemented five years ago. years, in favor of older technologies.

MacBook Pro 2021 could solve all the dissatisfaction of today’s customers According to Ming-Chi Kuo, the Taiwanese analyst specializing in Apple’s business, the next generation of MacBook Pro computers, which would be launched in the third quarter of 2021, Apple could return to some older technologies, which were highly appreciated by to the fans. This does not mean that the MacBook Pro series of computers is going backwards, but that it has been proven that certain experiments have failed.

The keyboards have already been “solved”, but there are quite a few customers who still have some problems with the generations of MacBooks launched from 2016 until now. One would be the Touch Bar, the OLED bar with touchscreen at the top of the screen that replaced the F1-F12 keys. It has already undergone a recent change, adding the physical “Esc” button, but in 2021 it could disappear completely, for the return of the physical buttons. In fact, on the MacBook Air they never disappeared.

Another change would be the return of the MagSafe port. Last year, Apple returned to this branding on the iPhone 12, for the new wireless charger for phones, and this year, the company could offer charging technology again through a magnetic port. It is unclear in what form this port will return and whether it will still be compatible with USB-C.

Kuo says the new laptops will have a new, changed design, with 14 and 16 ”screens, but also a slightly“ flatter ”shape than at present, probably to match the design currently used on iPad and iPhone 12. Of course, the new models will use Apple Silicon processors on second-generation ARM architecture, with advanced cooling systems, which will allow to achieve a level of performance even higher than what is currently possible on MacBook Pro models and 13 ”Air. There could be more ports on the sides of these laptops than the few USB-C plugs today, says the Taiwanese analyst.

Bloomberg, on the other hand, says that the new laptops will also have better performance screens, with high brightness and improved contrast.