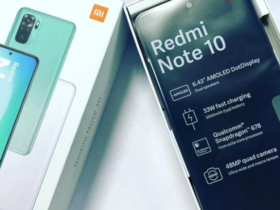 WhatsApp has reached a new record of users, no less than 1.4 billion video and audio calling sessions being mediated between users who have chosen to keep their social distance on New Year’s Eve.

Facebook’s cross-platform social network recorded an increase of about 50% in the number of audio / video calls, compared to the same period last year. A similar increase in usage was reported for Facebook Messenger, which averaged almost twice as many group video calls as the daily average. There were also 55 million live broadcasts on Facebook and Instagram worldwide.

“In March 2020, the first days of the pandemic produced traffic increases several times higher than on New Year’s Eve – a level that was maintained for months,” said Caitlin Banford, Facebook’s technical program manager. “Behind the scenes, Facebook Engineering has come together to improve efficiency and make our infrastructure more resilient.”

Running without syncope on New Year’s Eve and hosting a record number of users is proof that months of testing and consolidating the WhatsApp infrastructure to cope with the increased use in pandemics have paid off.

“This year, New Year’s Eve looked very different and we had teams of engineers watching over all Facebook applications, ready to fix any problems.”

Forced out of necessity, social distance has turned WhatsApp into an essential communication tool. Unfortunately, despite the optimism displayed at the end of the year, the fireworks lit over the deserted boulevards and the huge pressure felt by the main online communication platforms create a very different reality, in which the problems left by the year just ended are far from solved. For now, we can only hope that parties on WhatsApp will not remain a way of life in 2021, the prospects at the beginning of the year are not very encouraging.