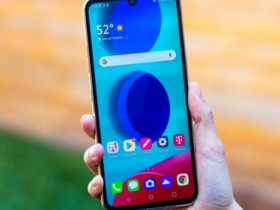 The Galaxy S21 could be left without a competitor from LG

A “good friend” of the Linux ecosystem, Windows 10 could also receive native support for installing and running Android applications.

Gone are the days when Microsoft labeled the Linux ecosystem as a “cancer” that must be fought with all weapons, with Windows 10 now allowing the direct installation of Linux distributions and running applications natively. Starting next year, Microsoft could offer the same treatment to Android applications, allowing users to use their favorite mobile applications without performance penalties and the complications of connecting to the Android phone.

A first step has already been taken, Microsoft offering through the YourPhone application the possibility to use the applications installed on the mobile phone, running in an environment similar to Remote Desktop solutions, with certain restrictions. For example, the phone must be a Samsung model. Alternatively, you can also use emulation solutions such as Bluestack, managing to run even some Android games.

According to officially unconfirmed information, Microsoft will allow Windows 10 users to install Android applications directly from the Microsoft Store, which also appear in the Start Menu.

In a way, Microsoft’s decision copies the functionality already offered by the Chrome OS platform, installing and running Android applications natively. However, while Android and Chrome OS are related platforms that share the same owner, Microsoft remains to integrate the open-source core of the Android platform using as a foundation the Linux sub-system already brought under the Windows umbrella. Although not impossible for a software giant the size of Microsoft, adapting Windows 10 to run Android applications directly is not enough for the initiative to be a success.

For example, it’s hard to believe that Google will simply open access to the Play Store for Windows users, even if they also prove that they own an Android phone. Without access to the Play Store and the Google service package, Microsoft will either have to create a parallel service ecosystem based on the Huawei model, or at least attract Android applications to the Microsoft Store. But none of these solutions is ideal.