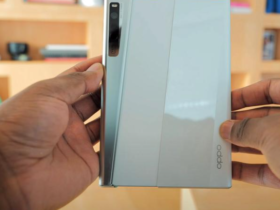 The popular Redmi Note 10 series will soon have a Pro 5G version based on a Snapdragon chipset with mid-range performance.

According to the as yet unconfirmed rumors, this is the Snapdragon 750G, the same chipset found in rivals Galaxy A52 5G and Moto G 5G. But being a Redmi phone, we can assume that the price offered will be much more competitive.

Thus, Redmi Note 10 Pro 5G will be the second 5G phone in the Redmi Note 10 series, after the non-Pro model based on the MediaTek Dimensity 700 5G chipset. The new Redmi model will be a cheaper alternative for the Xiaomi Mi 10i 5G, launched in January with a price of 250 euros.

The SD 750G comes equipped with a 2.2GHz octa-core processor and uses the 8nm manufacturing process. Graphic acceleration is provided with an Adreno 619 series GPU. 5G connectivity is provided by the X52 modem, also developed by Qualcomm.

As for the exterior design, we can expect the Pro 5G version to be practically identical to the one with 4G, differing only the inscriptions applied on the back cover.

However, on the specifications side we could see some improvements, such as increasing the refresh rate of the image at 120Hz, compared to 90Hz for the 4G model. Otherwise, we will probably find the same 6.5-inch LCD screen with IPS technology and Full HD + resolution.

The device comes with a 48MP main camera, 8MP selfie camera, 5000mAh battery with fast charging of 18W and the Android 11 system in MIUI 12 interpretation. The equipment variants are 6GB / 64GB and 8GB / 128GB memory.