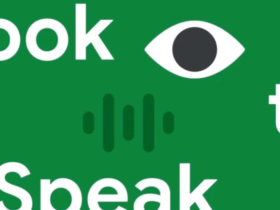 Look to Speak, the application that allows you to write with your eyes

YouTube is the most popular video streaming application in the world, but not necessarily the best, the users who use it have all kinds of thanks, and the way the video resolution is self-selected without really taking into account everyone’s option is a constant reason for frustration.

Until now, we only had the option to select the video resolution per clip, the next selected clip returning to Auto quality mode, which automatically selects the “optimal” display resolution, depending on the speed of the internet connection. The problem is that once content consumption exploded in pandemic times, the automatically checked resolution became 480p in most situations, completely ignoring the real speed of the mobile data connection. The practice was justified by the fact that the global internet access infrastructure was overloaded especially with the traffic generated by video streaming services (eg YouTube, Netflix). But the “crisis” period has already largely passed, without YouTube completely eliminating image quality limitations. So far.

The first option, Auto, is the recommended one. By default, the setting retains the option to automatically select the video quality, depending on the particularities of the internet connection and the “optimizations” decided by Google at that time.

The Higher picture quality setting favors higher image quality, with the disadvantage of higher mobile data consumption. YouTube leaves room for interpretations and does not say whether the selected resolution will automatically be the maximum available, but we can assume that we will have at least 720p, regardless of the situation.

The third option, Data Saver, is aimed at those who use mobile internet packages with a limited volume of traffic included, which favors data saving at the expense of video resolution.

The fourth option will probably be the most sought after. The Advanced setting allows you to choose a specific resolution for streaming video (including 4K), which is then automatically selected for all the videos that support it. The disadvantage is that in situations with poor internet access, video playback will be stopped more often for “buffering”. Ideally, you should use this setting for devices with guaranteed access to a broadband internet connection, such as your PC or home TV.

The new streaming controls appear to be widely available to both Android and iOS users, following an update to the YouTube app.