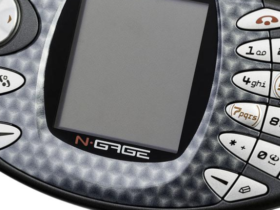 When not in charge of one of the many businesses he has, billionaire Elon Musk gives his opinion on various topics, including video games or aliens.

The head of Tesla offered, on Twitter, “the strongest argument against aliens.” According to him, the resolutions of cameras and video cameras have been increasing in recent years, but the quality of the images in which unidentified flying objects (UFOs) are captured has remained constant.

A user of the social network made a joke: “It’s exactly what an alien would write on Twitter.”

He referred to a recent statement by Musk, who said of himself that he was an “alien”.

The entrepreneur is now contradicting himself. A few years ago, Musk said that it is very possible that humans are characters in the video game of a more advanced civilization. Specifically, everything we see around us – animals, buildings, plants – is a computer simulation with very good graphics.

Musk also said that technology has advanced so fast over the last 40 years that in the future even we humans will find it difficult to tell the difference between physical reality and virtual reality.